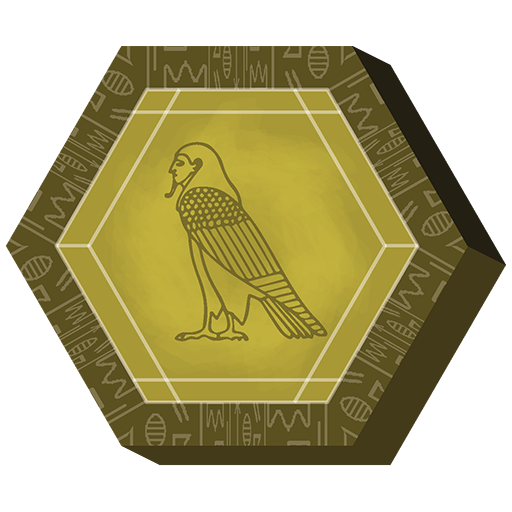 Hard times forces change. Sometimes that change is for the good and sometimes not. The loose association of smaller tribes of ruling men to the east of Egypt were coalescing into a united group, the hand of fate heavily squeezing them to work together. This was the Hyksos.

“Two of my family, a daughter and one of my wives…” the man’s quick inhale stopped his words. Men do not sob in front of other men. His shoulders adjusted to help regain control of himself. He continued on in a staccato rhythm. “They are no longer. Buried in the Sacred Hollows. I agree. We need to move!”

Ruler Apophis’ grave demeanor demanded a few moments of silence. The other men in the room averted their looks so as not to embarrass the proud man by giving him time to wipe his tear stained face.

Ruler Dudimose, after keeping a respectful silence, pushed his chair away so he could stand. His crossed arm pose was dominating. He nodded towards Apophis who seated himself. The muscles in his bearded face tightened as he clenched his jaw.

“Well said. I did not want to push you, my friend.” Dudimose was an imposing figure but his eyes were soft with empathy as he shared a look with the seated ruler.

“So we are all agreed?” Ruler Kamos stood and held an outstretched arm that moved around the assembly of rulers. The room was full. He tried not to notice that more of these previously powerful men were noticeably thinner.

There were no dissenters this time. Two leaders were either dead or late in coming.

Kamos gave a short span of time for anyone else to speak. ‘Perhaps they have no strength left to say more,’ he considered.

Moving around to stand in front of Ruler Dudimose, he bent one knee to the floor in a subservient posture and raised his fist as a salute. “I pledge fealty to King Dudimose!”

The rest of the seated highest rulers stood immediately so that they could imitate Kamos. Cheers erupted with loud stomping of one foot to show they were united. United not only in designating a single leader but also agreeing to leave their homes.

It had taken over three years, but hungry stomachs from a severe famine due to crops being destroyed season after season by the hand of God had created desperation. Desperation drives history.

Ruler Dudimose, leader of the largest group in the near regions professed to having a divine dream and sent riders to the other nearby houses both small and great. It took another half year but finally it had led to all coming together in this Great Hall before the fall season. Another harvest had yielded very little. Deaths were becoming common. The Sacred Hollows holding their beloved dead dotted the valley in an ever expanding area.

A few of the spies sent out on horseback to the west by Dudimose, to a place called Egypt, had returned to tell of a rich land. This had given the ruler reason to send requests to commune in peaceful talks with his suffering neighboring clans.

The first meeting was a cacophony of shouting and arguing that “they were not powerful enough!”, “My families could never follow anyone but me!”, “We would not survive such a grueling trek!” …

At the second Gathering, Dudimose’s description of a prophetic sleeping vision divining success had drawn an awed quiet. Questions ensued to know every detail of the dream. This revelation changed the minds of some. It made the rest much less resistant to joining together.

Finally, today, the men were of one mind to start their journey. The spirits of those departed would follow in their hearts.

Oddly, as the large unity of princes attacked towns on their way, they found it not too hard to send the inhabitants fleeing. They had confidence in their charioteers and their expertise in archery, but this was easier than expected. Had their spies exaggerated in the population of each of the towns’ peoples? It seemed there should be more inhabitants fleeing. Do not inspect a gifted steed too closely was the saying.

With each victory, they strengthened in body and will, having plenty to eat, arm and enrich all in the group. After another two years of moving slowly and deliberately west they reached the land of Egypt. They overtook in the same way, some cities surrendering meekly.

Years and a very many years later one of the descendants of King Dudimose was reading the Hyksos’ main book of lore about his people while he sat in his flower garden. The scents of gorgeous blooms accented with the trilling songs of exotic birds made King Osorkon wonder if his ancestor really did have such a vision of opulence as their people were currently blessed with.

The different family lines of the Hyksos princes had intermarried through the years to produce one people. Never since they left their homes did they have such lack of food. They were the main house in this Egyptian land now.

Would they stay that way? Only time would tell.